A Catholic Guide To The 4 Temperaments: Which One Are You? 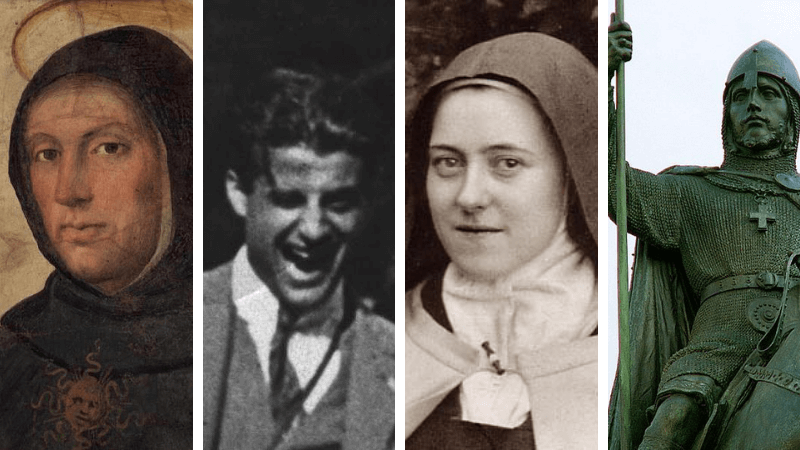 One of my favorite conversation starters—whether I am with new friends or old ones—is to ask them whether they have heard of the four temperaments, and if they know which one they are. Sometimes it surprises me how many people have not heard of them. Others say they are vaguely familiar with the concept, but need to be refreshed as to what the definition of each temperament is.

Why should the four temperaments be important to a Catholic? Aren’t they a purely secular, irreligious way of understanding the human person?

Not at all. Remember that human beings (and the very nature of being human) have been brought into existence by God Himself. For thousands of years we have been observing one another, and noting certain consistent behaviors and actions.

“Billy’s a lot like his mother,” someone might say. “I don’t know,” replies another. “He behaves more like his father.” Their comments are meaningless if there aren’t consistent behaviors and responses to stimuli.

The temperaments have been analyzed by medieval theologians and spiritual directors. In fact, there have been four temperaments that have been consistently proposed and studied as early as 300 B.C. They are: the Choleric, the Melancholic, the Sanguine, and the Phlegmatic.

What Exactly is a Temperament?

It might be best to start by clarifying what a temperament is not:

It’s not limiting you, treating you as a scientific sample to be diagnosed and observed, or categorizing you as a certain kind of person who has a label.

Temperament is distinct from personality. While personality refers to the entirety of a person’s behavior, emotions, and thought patterns, a temperament more specifically refers to our natural preferences and tendencies; it especially refers to how we react to things.

Importantly, our temperament is our “raw” basic material. It does not have anything to do with our personal baggage from family and ancestors, any traumatic experiences from childhood, or memories that have been repressed.

Our temperament is not carved out by things we experience in life; it simply means that because of who we are as created by God, we will respond to certain things in certain ways and have consistent behaviors and preferences towards the things we encounter in life.

My own mother has pointed out that my siblings and I occasionally exhibited certain temperament attributes in the womb that remained consistent as we grew up. We truly are unique individuals from conception!

Our temperament is not an excuse for our sins or flaws. When we are uncharitable to others or seem stuck in certain patterns of sin, we can’t shrug and say, “That’s just how I am,” and never try to change.

We also cannot use the temperament concept to pigeon-hole others, or control and manipulate them.

Each temperament has particular strengths and weaknesses. But the strengths can deepen, and the weaknesses can recede, all according to God’s grace in us. Even so, our temperament itself will not change; it is something that is deeply a part of who we are, which means that temperaments don’t change with the years.

Just remember that identity is separate from sin. Yes, we commit sins, but they are not who we are or who we called to be. (Remember the old saying “Love the sinner, hate the sin”?)

Definition of the Four Temperaments

Here is a simplified, concise breakdown of each temperament. There is much more that can be said about each one, so if you want richer detail, you can read something like The Temperament God Gave You for a more complete definition.

People with this temperament tend to be egocentric and extroverted. They may be excitable, impulsive, and restless, with reserves of aggression, energy, and/or passion, and try to instill that in others.

They tend to be task-oriented people and are focused on getting a job done efficiently; their motto is usually “do it now.” They can be ambitious, strong-willed and like to be in charge. They can show leadership, are good at planning, and are often practical and solution-oriented. They appreciate receiving respect and esteem for their work. [Wikipedia]

It has been said that the Melancholy personality is the “richest of all temperaments, but at the largest cost.” History would probably reveal this to be true. Melancholy personalities are people who have a deep love for others, while usually holding themselves in contempt. They tend to be deep-thinkers and feelers who often see the negative attributes of life, rather than the good and positive things.

Melancholies are often very gifted people in areas of art, literature, music, healthcare, ministry and so forth. They long to make a significant and lasting difference in their world.  Sadly, many melancholies are also victims of deep bouts of depression that come from great dissatisfaction, disappointment, hurtful words or events. In short, melancholies take life very seriously…too much so sometimes, and it often leaves them feeling blue, helpless or even hopeless.

Melancholies usually have a high degree of perfectionistic tendencies…especially in regards to their own lives or performance. They are very “introspective” and hold themselves to a very high standard…one that can rarely be achieved. [Reydon Stanford Counseling Studies]

The sanguine temperament is traditionally associated with air. People with this temperament tend to be lively, sociable, carefree, talkative, and pleasure-seeking. They may be warm-hearted and optimistic. They can make new friends easily, be imaginative and artistic, and often have many ideas. They can be flighty and changeable; thus sanguine personalities may struggle with following tasks all the way through and be chronically late or forgetful. [Wikipedia]

People with this temperament may be inward and private, thoughtful, reasonable, calm, patient, caring, and tolerant. They tend to have a rich inner life, seek a quiet, peaceful atmosphere, and be content with themselves. They tend to be steadfast, consistent in their habits, and thus steady and faithful friends.

People of this temperament may appear somewhat ponderous or clumsy. Their speech tends to be slow or appear hesitant. [Wikipedia]

They barely express emotion at all. While the sanguine might whoop and cheer and jump for joy at the slightest provocation, phlegmatics are unlikely to express more than a smile or a frown. Their emotions happen mainly internally. [Temperaments.FigHunter.com]

Most likely, while reading these descriptions, you were able to find yourself in one of them pretty quickly.

If you need a more concrete example, how about a fun analogy? Fisheaters.com shared this humorously accurate anecdote:

An exaggerated way of understanding the four temperaments is to consider four people who see a star fall to earth. The Sanguine talks about it animatedly to all present; the Choleric wants to form an expedition to find it and analyze it; the Melancholic ponders what it means and how he feels about it; and the Phlegmatic waits for the others to decide what to do as whatever decision they make is fine by him.

It’s important to note that people have a “secondary” temperament rather than being purely one temperament. For example, certain members of my family are Melancholic-Choleric.

Which Is Your Temperament? Take a Quiz and Find Out

You want to know your temperament, right? Take this great quiz to find out which one you have. Your result will come with an explanation of your temperament type from a classical, medieval Catholic perspective. It even has advice for your interior life!

Why Are the Temperaments Important to a Catholic?

Alright. So let’s say you know which temperament you are. That still brings us back to a question we asked earlier: why is this important to a Catholic?

Well, it’s important for a number of reasons. One of them is that knowing and understanding the four temperaments will help us to understand other people, and to be patient and loving to them. It gives us a clearer view of their own struggles and challenges and the battles they will have to fight.

Take a tip now: be familiar with the temperaments. Let such knowledge teach you charity!

Another reason why understanding the temperaments is important is because your temperament has a crucial place in your spiritual life. It can greatly affect your growth as you seek to draw closer to the Heart of Christ. This kind of self-knowledge will help you to know where your strengths are as well as your weaknesses; it gives you more accurate self-knowledge.

The Virtues and Vices of the Four Temperaments

According to which temperament we have, there are certain sins we will tend to commit, and certain given virtues that will give us strength in seeking God.

may struggle with anger, pride, and impatience. So he will need God’s grace to cultivate gentleness, humility, and patience.

usually has a strong will, great constancy, and energy for carrying out his tasks.

may struggle with being critical, moody, and despondent. He will need God’s grace to cultivate joyful acceptance, selflessness, and hope.

may struggle with superficiality, lust, and lack of perseverance. He will need God’s grace to cultivate purity, interior depth and strength, and perseverance.

usually is cheerful, generous, sincere, and sensitive to the suffering of others.

may struggle with laziness, the inability to confront or take initiative, and doing the wrong thing in order to please others. He will need God’s grace to cultivate fortitude, holy ambition, and strength of will.

usually is tranquil, full of common sense, assiduous, and almost immune to anger.

You know what? Each temperament is a blessing. It takes all kinds to run the world. Just as the distinct differences between man and woman dovetail and complement each other, the unified interaction and charity between all four temperaments is a powerful thing.

Jesus Christ is the only One who is said to have had a perfect combination of the temperaments. He experienced all human emotions, but unlike us, he never abused them or acted on them in the ways that fallen human nature does continuously.

What Saint Shares Your Temperament?

Renowned philosopher and author Dr. Peter Kreeft points out that evil is what is unoriginal, predictable, and repeatable. “What’s the difference between Hitler and Attila the Hun?” he says. “A mustache and a German accent.” It is the saints, he says, who are wonderfully unique.

So if you ever feel discouraged when facing the reality of your own failings, why not look to a saint who shares your temperament, and turn to them as an intercessor? Here are a few:

Some Melancholic saints:
Saint John the Apostle, Saint Therese of Lisieux, and Saint Bernard of Clairvaux

Always remember that your temperament can be a gift to those around you if you allow it to be vitalized and animated by grace. Submit it to God.

Each soul is truly unique. That’s not just a sentimental phrase. It’s true.

Each soul is utterly unique, and absolutely irreplaceable. The absence of a person leaves a hole that is shaped to them—a hole that no one else can fill.

If you want to pinpoint and learn more about your own temperament (and that of your family and friends!) you will find an incredible resource in the book The Temperament God Gave You.

What have you learned from encountering people whose temperament is different from yours?

Do you have any advice for other readers who share your temperament?

Is there a saint whom you closely identify with as regards your temperament and personality?

Let us know in the comments below! 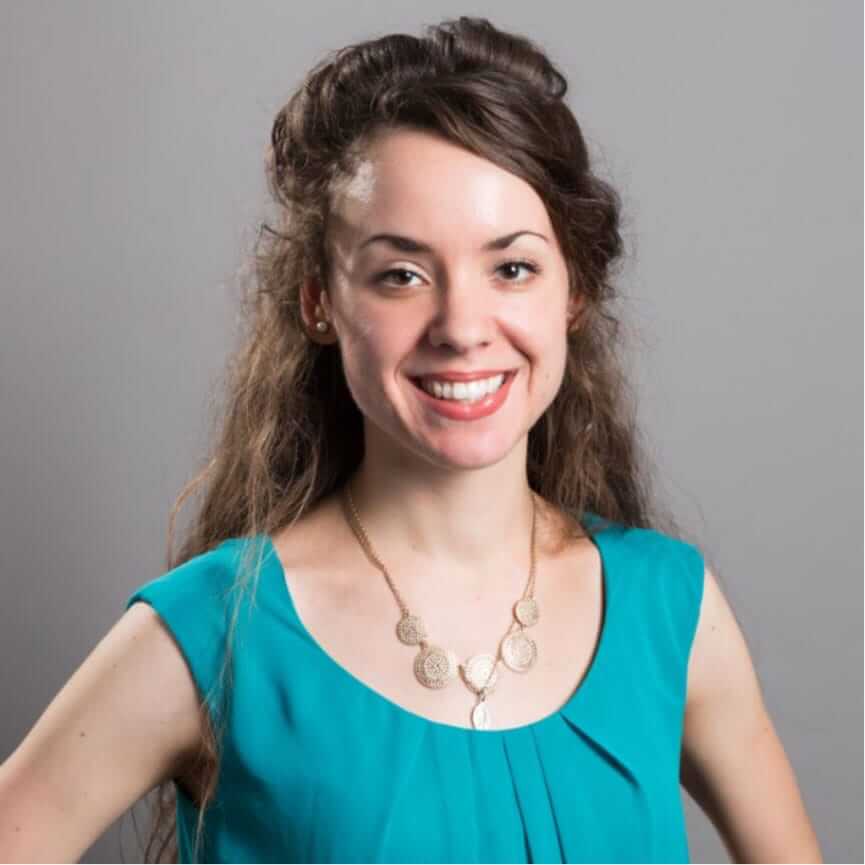 Don’t Have A Spiritual Director? 5 Things You Can Do To Find One [Video]

If you're like me, you don't have a spiritual director....

Humility is the mother of all virtues; purity, charity and ...

Keep the Devil Away – St. John Bosco Tells You How 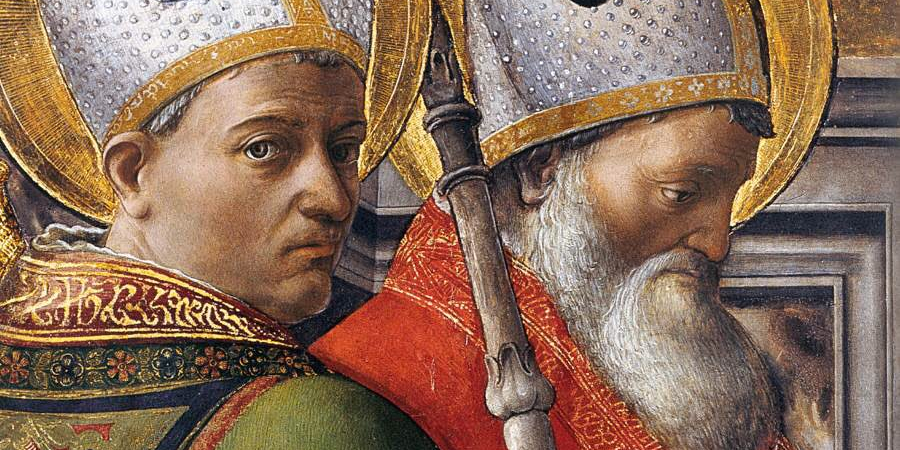 St. Ambrose: Wise as a Serpent, Simple as a Dove

St. Ambrose of Milan occupied lofty positions of authority during tumultuous times. These ...